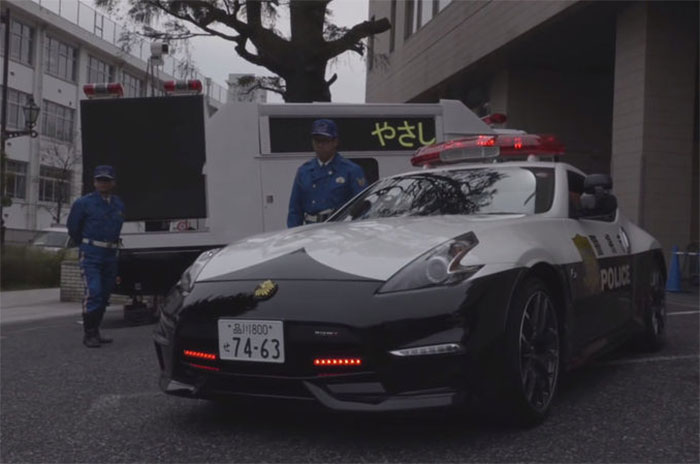 Police officers in Tokyo have received three new and very cool police cars in the form of Nismo 370Zs. The three Nismo Z cars were given to the police department to support traffic safety initiatives and to perform normal police duties. Those normal police duties certainly won’t be arresting anyone since the Z car lacks a backseat.

The three patrol cars were given to the Tokyo Metropolitan Police Department. Like normal Nismo 370Z cars, power comes from 350hp 3.7L V6 engines. The Nismo flavor of the Z also gets special suspensions and chassis tuning. Nissan painted the cars in black and white police livery.

I think the black and white livery chosen for the police cars does nothing for the sexy lines of the car. Kiyotaka Takahashi, Superintendent General of the Tokyo Metropolitan Police stated, “We’re delighted to carry out our duties with this cool patrol car.” Too bad Nissan didn’t supply GT-Rs, but I am sure these are better than what normal Tokyo officers drive. I wonder how they decide which officers get to drive these 370Z patrol cars. Tokyo still has nothing on the Dubai police department.