The Japanese are still at it, people. (Okay so they’re always at it.) More than 50 years since Ozamu Tezuka conceived of Astro Boy, Japanese scientists continue to obsess over that most illusive goal–a robot. But this time, they’re building a giant one. Fine, it’s not a Gundam, but what else can you call a 13 foot mecha? The Hajime Research Institute, rather than give Bandai free promo, consider their current work as building a viable ‘4 meter robot’ aka mobile suit. Close enough. 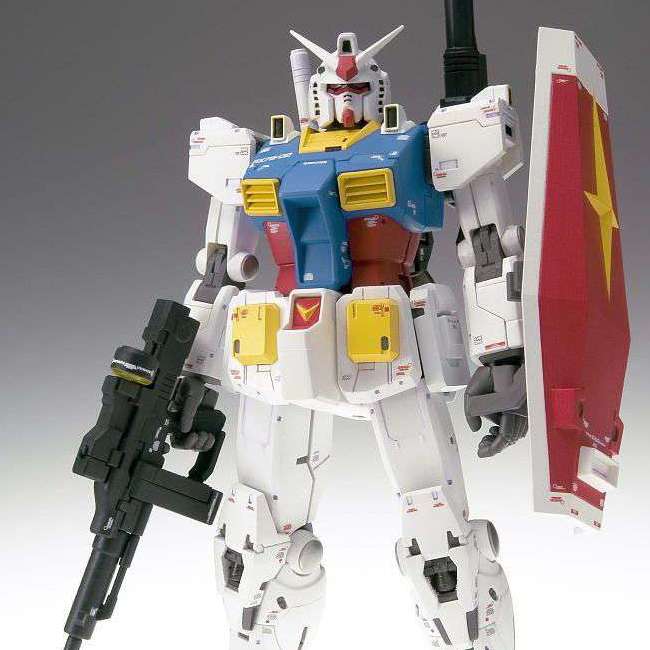 Of course, seen above is a scale model Gundam. The Hajime Research Institute’s own mobile suit, which is un-built at the moment, is a far cry but similar in principle, i.e. housing a pilot.

Go check out Hajime’s official site, which is in English and includes lots of material like pics and diagrams. These guys are pretty serious. Wonder if the Japanese Ground Self Defense Force are even remotely interested in their work.

What really makes the Gundam reference apt is future models based on this super-tall droid will eventually tower 50 feet over us mere humans.

Since this is the last post from yours truly until next week, Happy Holidays to y’all! Keep it rocking and spread the good cheer. Remember: Don’t eat the yellow snow.