We have featured quite a few different spy gadgets here at Geeky Gadgets, but this has to be the ultimate accessory for all the James Bond fans out there, the original Aston Martin DB5 which was used by Sean Connery in Goldfinger.

The Aston Martin DB5 for sale is one of two that was used in the original Goldfinger movie, and it has been outfitted with everything a spy would need, including machine guns that pop out from the side. 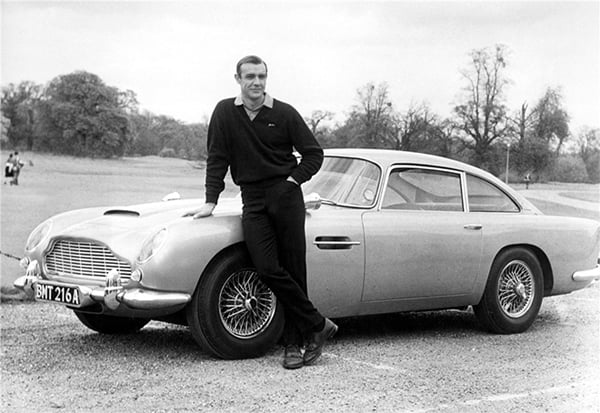 It also has revolving license plates, oil slick and smokescreen makers and the bullet proof shield, it even has the original ejector seat, although we suspect this doesn’t actually work.

007’s Aston Martin DB5 is being auctioned and is expected to fetch around $5 million dollars when it goes on sale, if any of our readers manage to buy it let us know and you can take us out for a spin.