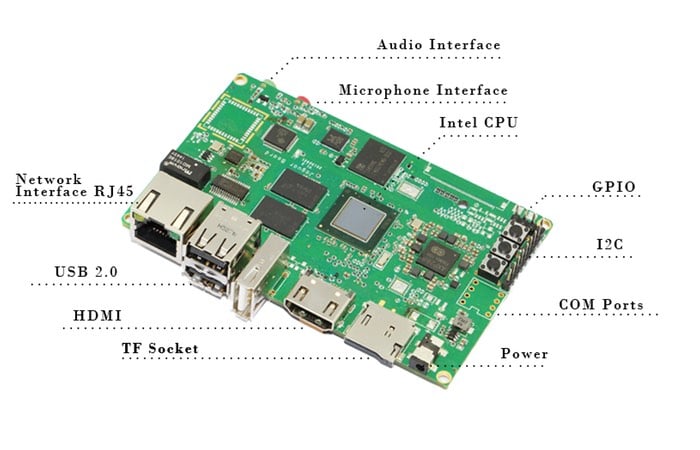 A new single board mini PC called the JaguarBoard has been launched over on the Kickstarter crowdfunding website this month by Jaguar Electronic which offers a small computer that is equipped with x86 architecture.

Measuring just 101.9 x 64.5 1.6 mm the mini PC is fitted with an Intel Atom Z3735G processor supported by 1GB of RAM DDR3L and is capable of running a variety of different operating systems including Windows, Android and Linux.

Watch the video below to learn more about this new mini PC which is similar to the Raspberry Pi but is based on the x86 architecture. Its developers explain a little more about its inspiration.

You are the geeks. You are the DIYers. You are the developers. Armed with the range of development toolkits available for the x86 architecture and emboldened by the processing prowess of JaguarBoard, you are only limited by your imagination.

For more information on the new JaguarBoard jump over to the Kickstarter website for. Specifications and the ability to make a pledge from just $45 for the first 60 super early bird backers.