I’ve always found it a bit funny that cars are called different things in the US and the UK. For instance, a shooting brake in the UK is a station wagon here. Jaguar has announced that it will be unveiling a new car in Geneva next month called the XFR-S Sportbrake. This car would be called a Shooting brake in the UK. 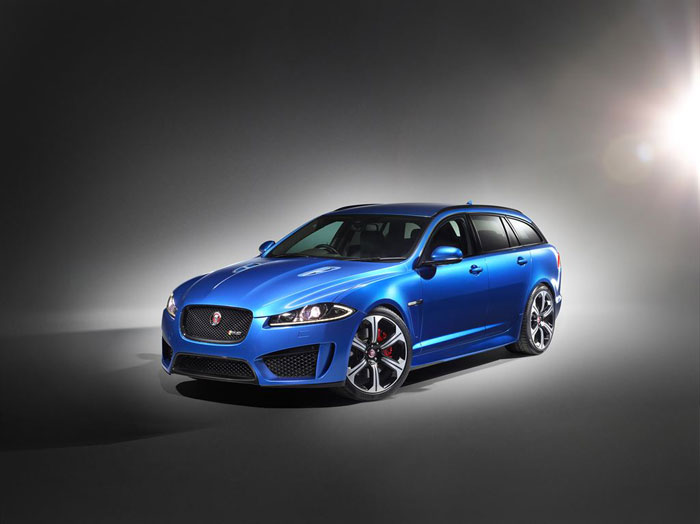 Sportbrake is an apt name for the car since it has lots of storage space and a throbbing V8 under the hood. The car is said to be the first high-performance estate car produced by Jaguar. The car uses a 5.0L supercharged V8 engine under the hood. That engine produces 550PS and 680nm of torque.

Jag says that is enough power to reach 60mph in 4.6 second or 100km/h in 4.8 seconds. The car has a top speed of 186 mph and is electronically limited. The power is sent to the road via an 8-speed Quickshift automatic transmission. The car features Adaptive Dynamics an active electronic differential, and Dynamic Stability Control. The car also has plenty of luxury on the inside including an 18-speaker stereo system. The car is fitted with special 20-inch wheels ad has carbon leather on the inside.