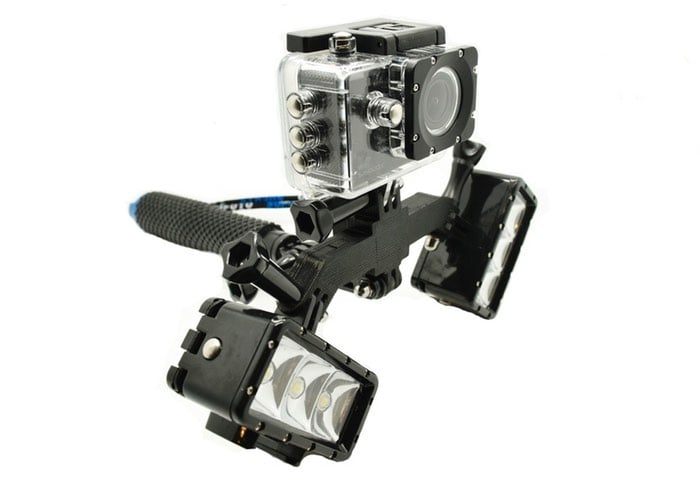 GoPro action camera owners that are looking for additional light while recording in low light conditions. Maybe interested in a new twin light mount which has been designed specifically for the GoPro and other action cameras.

Offering an effective way to add two lights to your setup. Check out the demonstration video below to learn more about this new GoPro mount which has launched via Kickstarter and been designed by Alan Gillett based in the UK.

Originally designed to help me capture the beauty of the underwater world, we have found a multitude of additional uses for this low cost & versatile action camera light mount

I wanted a compact, rugged and versatile way of attaching 2 lights to my GoPro Hero4 camera and a selfie stick, that I could also use one handed, however, this just didn’t exist! This is when I came up with the idea for the twin light mount.

The IVP Twin Light Mount can be used on all GoPro Universal mounts, from Dog harnesses to chest mounts, the only limit to where and when you can use your action camera now, is your imagination. The Chest harness mount is one of the most common Action camera accessories fitted with the GoPro style universal quick release bracket.

When combined with the chest harness the Twin Light Mount gives Plumbers, Electricians or any other construction worker an ample amount of light that can be directed at the designated work area, while simultaneously allowing both hands to be free to work on the job in hand.

For more information on the new GoPro Twin Light Mount jump over to the Kickstarter website via the link below.