If you are looking for an iOS media player with AC3 support you might be interested to learn that a new application has been released called “Its Playing” that supports AC3 audio and is equipped with a volume boost feature and plenty of other useful enhancements.

Other features on the new iOS player includes the ability to open files from other iOS applications on your iPad or iPhone which support “Open In..” commands such as Dropbox and Mail making it even easier to play media files. 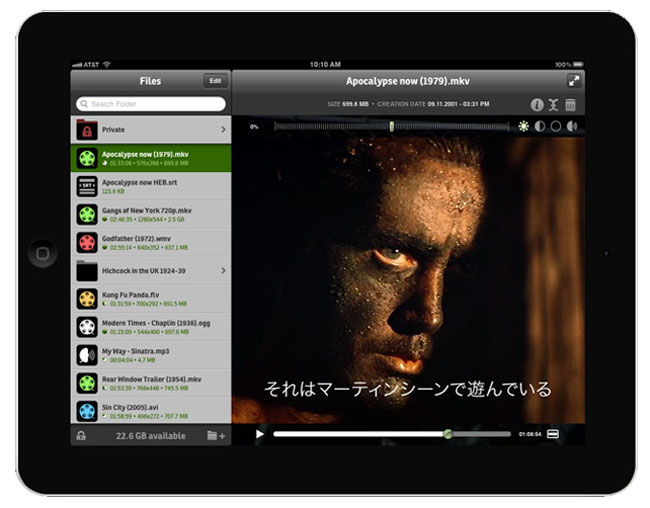 Other formats support by “Its Playing” include FLV, AVI, MKV, OGG and WMV together with subtitle support from separate files and AC3 audio support. Its also equipped with AdditionFlow designed to make sure that you get more video frames more synchronised with the audio, ensuring the best possible viewing experience.

Unfortunately the “Its Playing” application doesn’t support Airplay as yet but it does have a set of great controls for variable-speed scrubbing on the timeline control. The new “Its Playing” media player is now available to download from the Apple iTunes Store for $2