The team over at Signal Snowboards have a regular feature called ‘Every Third Thursday’ in which they create some weird and wonderful snowboard creations. In a tribute to Steve Jobs the team has built the iShred, a snowboard equipped with an iPad and other electronics inspired by Apple products and Steve Jobs.

Watch the video after the jump to see the team constructing the snowboard and overcoming a number of problems while trying to incorporate some flashy electronics and an aluminium base. 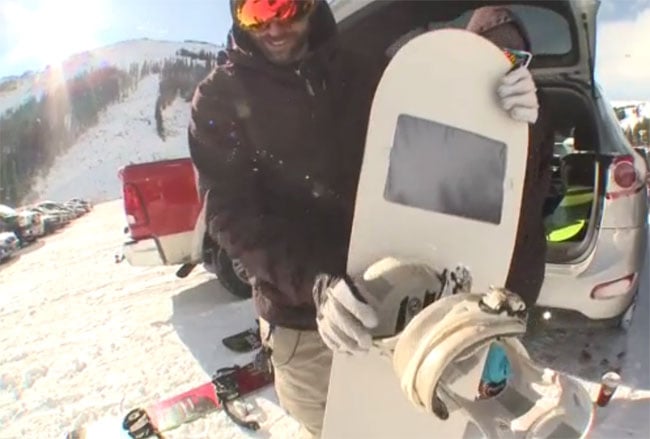 The finished board was then taken for a test out on the slopes and apparently runs like a rocket, but is a little tricky to turn.