Designer Sam Beckett has put together a concept rendering of what he thinks Apple’s iPhone 6 might look like when it is unveiled later this year, using leaked specifications that are rumoured to be incorporated into the new iPhone 6 smartphone.

A number of rumours have been circulating regards the design and specifications of the new Apple iPhone 6 including with some indicating the new iPhone 6 will only be 8 percent larger than the current iPhone 5S but will be fitted with a screen that is 17 percent larger offering 68 percent more pixels for users to enjoy. 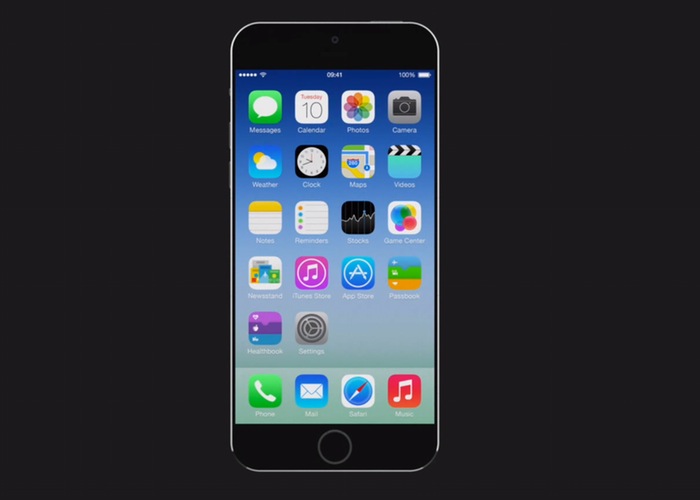 In his iPhone 6 concept Sam has taken the route of Apple slimming their smartphone to just 7mm and using a 4.7-inch screen sporting a resolution of 1920x1080p offering and impressive 468ppi. Beckett explains :

“I wanted to keep the core design of the iPhone very much inline with what customers expect from Apple. I have given the device the title ‘iPhone Air’ because Apple has demonstrated that they think the iPhone is a mature enough device to warrant two versions (5S and 5C) and I believe more distinctive branding, much like the iPad Mini and Air will help to reinforce the two product lines. Some extra space could be potentially utilized by reducing the width of the side bezels and by also slimming down the top and bottom of the phone frame.”

Other features included in the iPhone 6 concept include a faster A8 chip and 10 megapixel camera. However as you might expect nothing has been officially announced by Apple as yet and we will need to wait until later in the year to see if Sam’s conceptual iPhone 6 design is close to the mark.