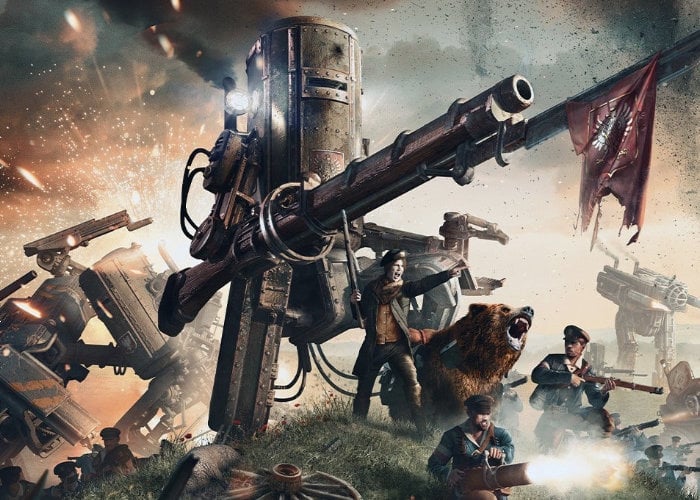 Iron Harvest launched just a few months ago during September 2020 and offers gamers a real-time strategy game (RTS) set in the alternate reality of 1920+, just after the end of the Great War. This week its developers have announced new content will be available in the Iron Harvest’s Rusviet Revolution DLC, being rolled out for free to Kickstarter backers and Digital Deluxe edition owners. The DLC will also be available to purchase priced at just €3.99 or roughly £3.60 for those not included in the previously mentioned groups.

“Tradition clashes with scientific and technological progress, while Europe is still recovering from the brutal battles of the World War. Cities are being rebuilt and in the countryside, the era of the Iron Harvest has begun. Farmers are uncovering the remains of the majestic walking machines that had fought on the battlefields of the Great War. “

“In the midst of this chaos, a new threat appears that will put Europe’s very existence at risk. Secret forces are putting everything they can towards destabilization of entire countries, determined to set the world on fire once again and finally seize control. The Game lets you control giant dieselpunk mechs, combining epic singleplayer and coop campaigns as well as skirmishes with intense action on the battlefield for multiplayer fans, Iron Harvest is the classic real-time strategy games fans have been waiting for. “