iRiver’s first mobile phone, the iRiver Wave is due to be released in March 2009. 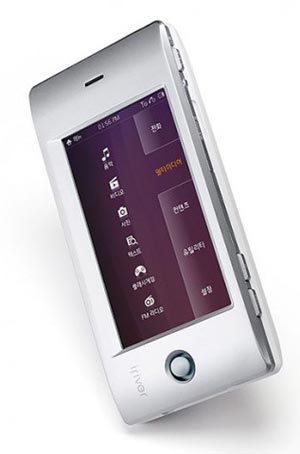 The iRiver Wave features a 3 inch touchscreen with a resolution of 480 x 272, built in WiFi, a PMP, an e-dictionary and an FM Radio.

It is due to go on sale in Korea next year, as yet there is no word on when it will hit the US and Europe.

Slash Gear via The Awesomer