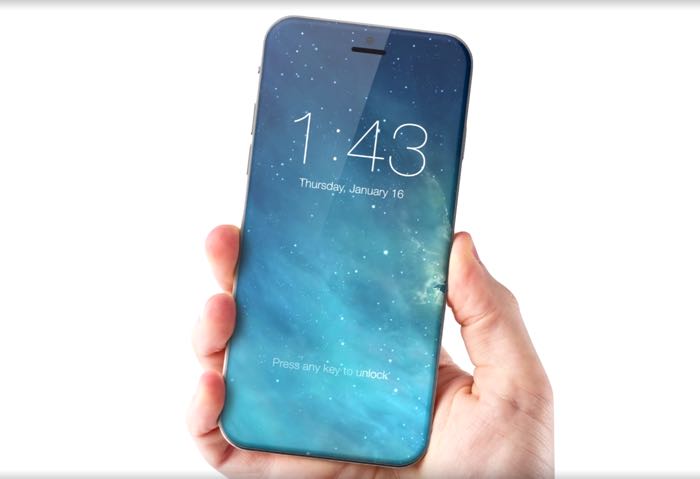 The iPhone 7 and iPhone 7 Plus are launching this year and Apple will apparently launch their iPhone 8 in 2017.

You would expect Apple to launch the iPhone 7S and 7S Plus in 2017, if they follow what they have done in the past, but the handset will apparently launch as the iPhone 8 because it is getting a major re-design.

This years iPhone 7 will look very similar to the iPhone 6S but next years model will be completely different and will come with an OLED display, plus a glass body, the display on the device is sais to be an edge to edge display.

Apple will also do away with the home button on the iPhone 8 and the handset will also come with wireless charging and there will apparently be no home button.

The handset will come with Apple’s Touch ID, although this will apparently be integrated into the handsets display as will the camera on the device.

These are all rumors at the moment, but it would make sense for Apple to give the handset some major upgrades in order to boost iPhone sales.

So it looks like this years iPhone 7 handsets will probably be a minor upgrade over the iPhone 6S and 6S Plus, the new handsets are rumored to launch some time in September.