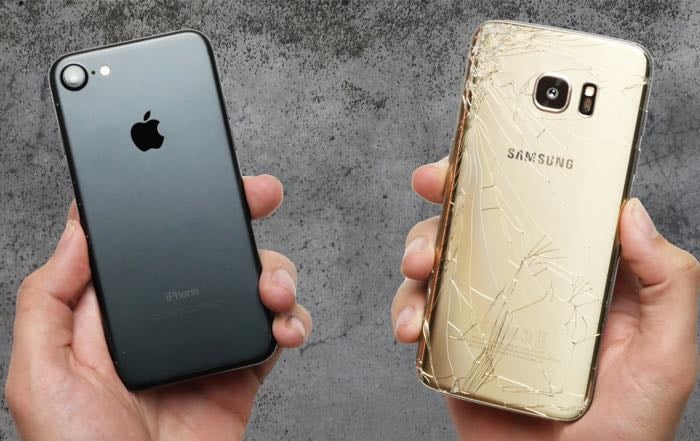 In the video below we get to see both the iPhone 7 and the Galaxy S7 Edge dropped from the same height under the same conditions.

As we can see from the video the Galaxy S7 Edge managed to survive 50 drops and it was still working, although the display was some what damaged.