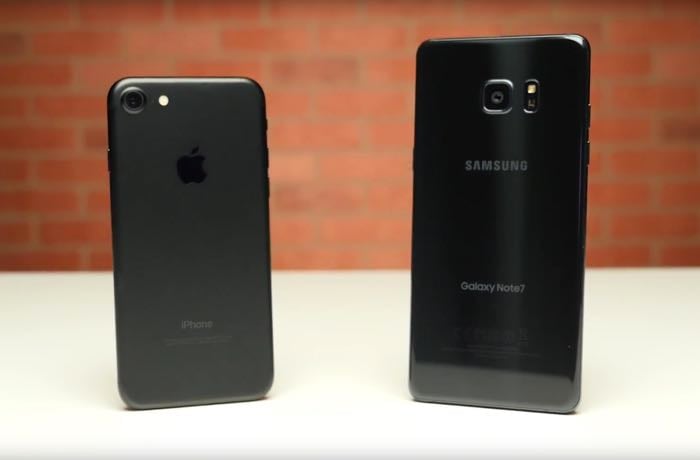 We have already seen a couple of videos of Apple’s new iPhone 7 in action and now we have another one and this time the handset takes on the Galaxy Note 7.

In the video below the new iPhone 7 and Galaxy Note 7 go head to head in some speed tests to see which is the faster device.

As we can see from the video, the iPhone 7 is faster in this particular speed test than Samsung’s Galaxy Note 7 and it even managed to lap the iPhone7.

In a previous video we saw the iPhone 6S was faster than the Galaxy Note 7 so it is no surprise that the new handset is even faster.