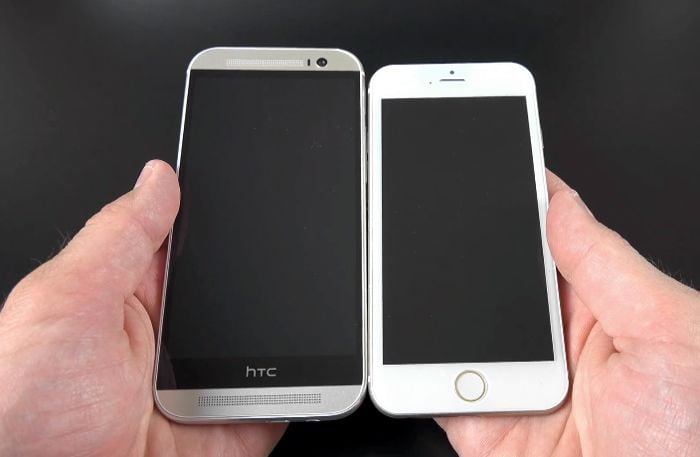 Last week we saw some photos of an iPhone 6 mockup compared to older versions of Apple’s iPhone and the iPod Touch, and now we have a new video which shows the new iPhone design compared to previous versions of the handset and also come android devices.

In the video we can see the new iPhone 6 compared to the iPhone 5S, and other iPhones, plus the latest Android devices, which include the Samsung Galaxy S5, HTC One M8, the Motorola Moto X and the Sony Xperia Z2.

This gives us a good idea of how the new 4.7 inch version of the iPhone 6 will compare in size to the existing iPhone and also the latest Android devices like the Samsung Galaxy S5 and the HTC One M8.

We are expecting Apple to launch the 4.7 inch iPhone 6 in September, it will come with a new version of their mobile OS, Apple iOS 8 and we are also hoping to see the new Apple iWatch. The larger 5.5 inch version of the new iPhone is rumored to launch some time in October or November.