As the rumored Apple’s September 10 event draws closer, we see more and more leaks about the purported iPhone 5C. Recently, the packing of the alleged iPhone 5C was leaked and now; some hidden cameras have caught the user manuals of the rumored device in pictures. 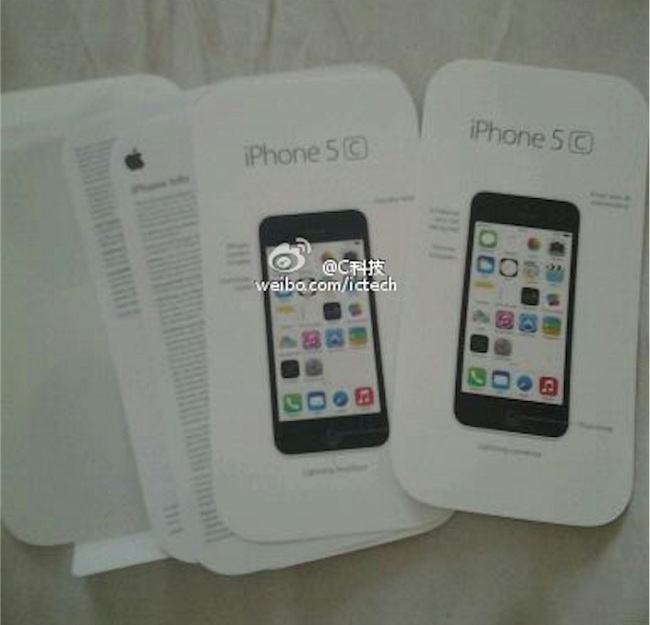 The images appeared on Weibo (Chinese Twitter alternate) that shows us the user manuals of the alleged device. It’s not the user manuals that are of importance but it’s the moniker that appears on top of the manual – iPhone 5C. This should remove any doubts that the upcoming low-cost variant will be named iPhone 5C. The rumors suggest that “C” in the name stands for color until told otherwise.

The low-cost iPhone 5C will come alongside the refreshed iPhone 5S that is expected to bring hardware improvements compared to its predecessor with A7 chip, fingerprint scanner and improve camera. The iPhone 5S is also expected to hit the shelves in many colors including black, white and champagne. There are rumors that the device will also hit the shelves in graphite or gunmetal color but we are not sure about it right now.

We’ll find out in a few days if all these rumors are correct or not.