A video has been created comparing the new iPhone 5 vs Galaxy S3, showcasing a number of performance based tests, and revealing the true speeds of both devices head-to-head.

The iPhone 5 vs Galaxy S3 performance tests have been carried out over LTE under SpeedTest.net, under SunSpider Javascript 0.9.1, GLBenchmark 2.5, and are all compared and shown in the video after the break. 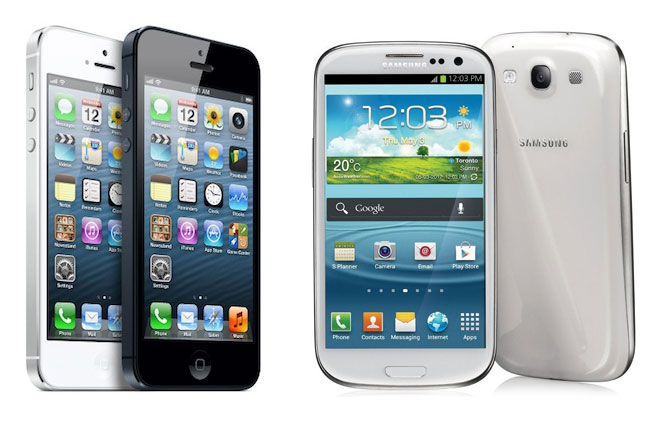 “The most significant performance differences can be appreciated under GLBenchmark Egypt HD test in which iPhone 5 renders on-screen and off-screen graphics nearly twice as fast as the Galaxy S III. “

Also even thought the iPhone 5 is fitted with a relatively small 1440mAh battery its can still last nearly as long on 4G LTE as other devices such as the Droid RAZR Maxx with its 3300mAH battery.

The iPhone 5 is equipped with a ARMv7 dual-core chip dynamically clocked between 750MHz to 1.2GHz, and via various benchmarking tests from different sources is currently the fastest smartphone currently available in the market today.