According to the guys over at Macpost, the photo below is of a white back cover for the iPhone 5, the casing is marked with the codename N94, this is something that has been found inside the iOS 5.0 SDK before.

It looks like this may actually be a prototype version of the back casing of the iPhone 5, so it may or may not look like this when it finally goes on sale later this year. 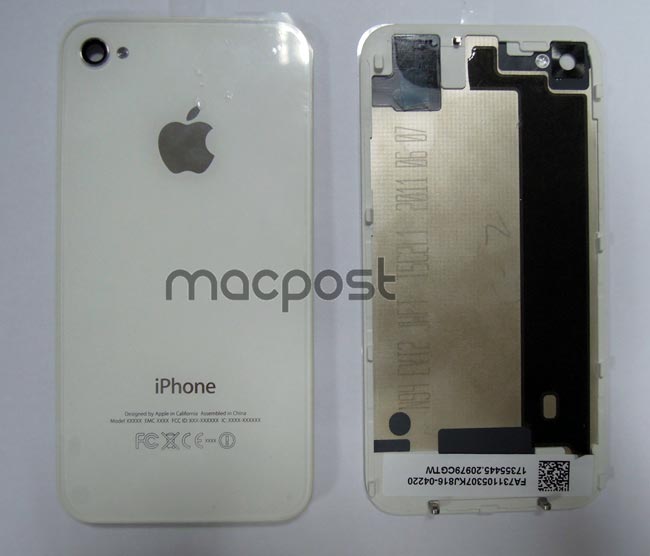 As you can see from the photo above, the camera flash position is in exactly the same place as the iPhone 4, there had been rumors previously that it would be moved to another position in the iPhone 5.

We are expecting to hear something official for Apple either some time in September or at the start of October on the iPhone 5, I guess we will just have to wait until then to find out if this is what the iPhone 5 will look like.