It looks like Apple’s new iPhone 5, which will be announced in just a couple of hours will feature a new Apple A6 processor and also a new Qualcomm MDM9615M LTE modem.

The photo below was posted bu HDblog.it and is apparently of the new logic board and processor on Apple’s iPhone 5, it also shows a new Nano SIM tray. 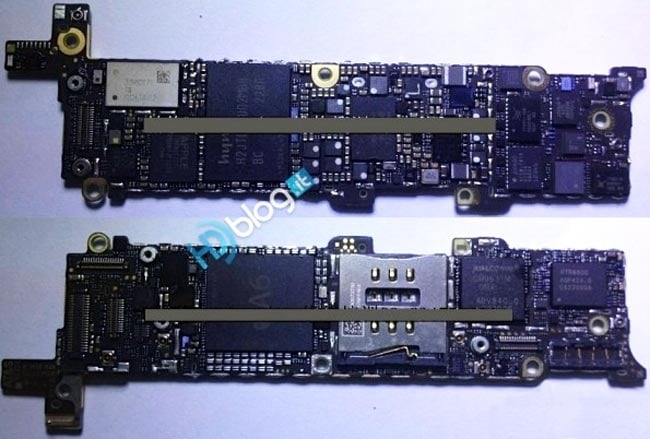 So it looks like the iPhone 5 will be a 4G LTE enabled device, it is also rumored to feature a larger 4 inch display, a slimmer design and a new dock connector, we will have full details on the new iPhone 5 when it is announced in a few hours.