Apple is holding a press event tomorrow the 12 of September where they are expected to announce some new iOS devices, one device that will definitely be announced is Apple’s new iPhone 5.

We have also been hearing rumors that Apple intends to announce some new iPods and also a new iPad Mini, and now we have some photos which compare some iPad and iPhone cases. 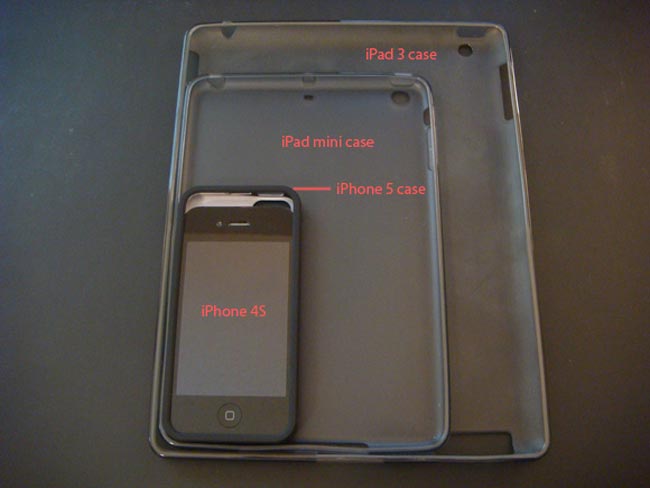 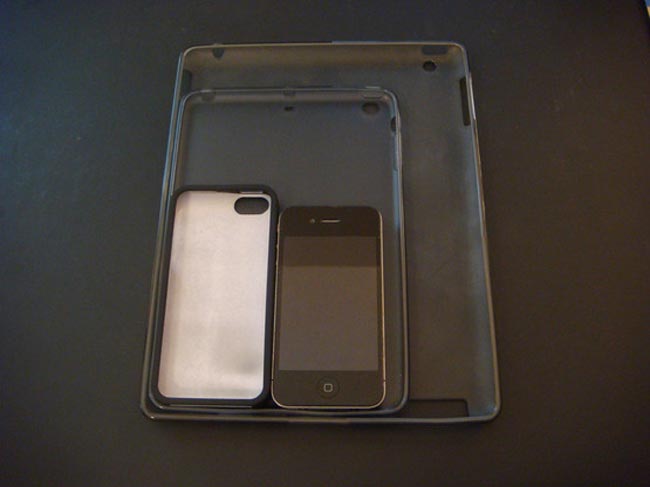 As you can see in the photos above, the cases pictured include an existing iPad case, a new case for the rumored iPad Mini, an iPhone 4S and a new case for Apple’s new iPhone 5 which is rumored to come with a larger 4 inch display.