When the iPhone 3GS was announced on Monday, Apple didn’t tell us what the exact hardware specifications for the latest iPhone were,l luckily T-Mobile in the Netherlands has leaked the info, on top of the 3.0 megapixel camera that we already know about, the iPhone’s internal memory has been increased from 128MB (iPhone 3G) to 256MB. 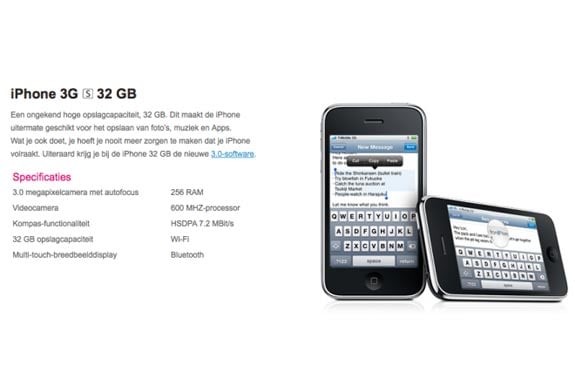 The new iPhone 3GS is due to go on sale on the 19th of June in the US and Europe.