The latest Beta version of the iPhone 3.0 software has been released, iPhone 3.0 Beta 2.

iPhone 3.0 Beta 2 is now available for developers, and apparently it fixes some of the slowness that people were finding in the previous version, as well as a new screen in settings called ‘Store’. 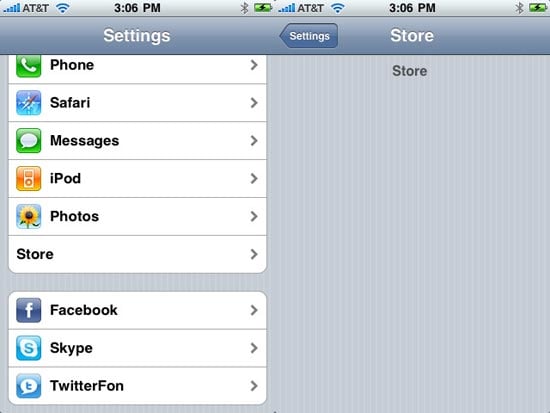 The ‘Store’ screen is blank, so we have no idea what it is for, also push notifications now work in the latest version, and also the Skype iPhone is still working over the 3G connection.