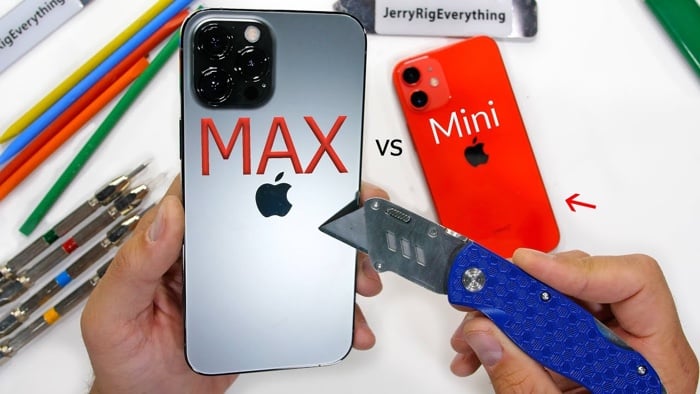 The iPhone 12 Pro Max and iPhone 12 Mini launched last week and we have already seen a number of videos of the handsets, now we have a durability test for both devices.

The video below from JerryRigEverything puts both handsets through a range of tests which include a scratch test, bend test and burn test.

As we can see from the video both handsets start to scratch at levels 6 and levels 7, although the damage is slightly less than normal glass due to the new Ceramic Shield used in the new iPhones.

Both handsets also did OK in the burn test with no permanent damage, they also both survived the bend test with no major damage to the devices. This is as expected and both handsets passed the durability tests.