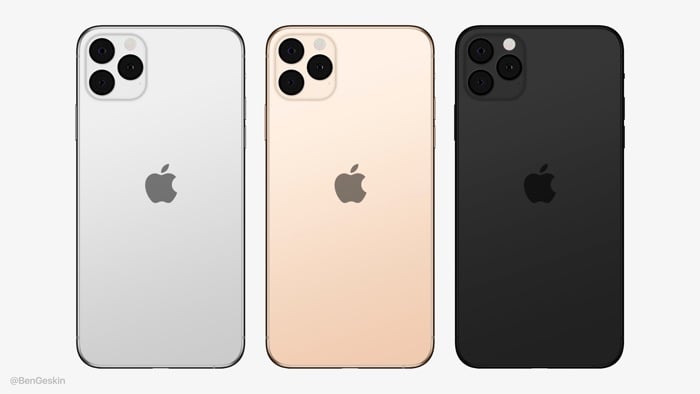 The new iPhone 11 is coming tomorrow and now we have some more details on the handsets, they will come with upgraded wireless charging that will allow you to charge things like AirPods and other devices by placing them on the back of the handset.

The new iPhones will come with a centered Apple logo on the back to show people where to place their device to charge it. At the moment the logo on the iPhones is closer to the top of the handsets. This can be seen in the picture above from Ben Geskin.

The news comes from Mark Gurman from Bloomberg whoi has also revealed that the handsets will be much tougher than the current models and will use a new much more shatter resistant glass. The device will also come with improved water resistance over the current devices.

We will have full details on the three new iPhone 11 handsets when they are made official at Apple’s press event tomorrow.