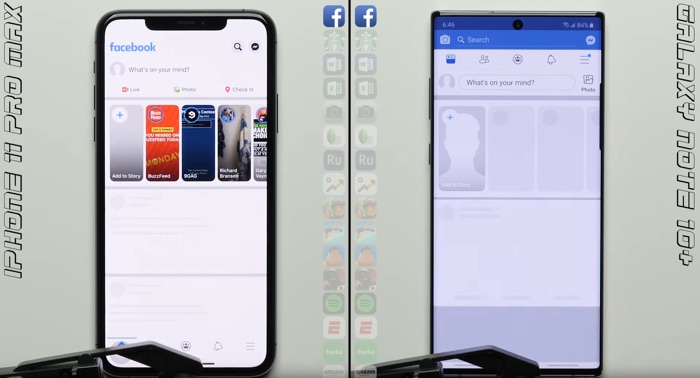 Apple’s new iPhone gets a number of upgrades including the new A13 Bionic chip, it also comes with iOS 13 which is supposed to be considerably quicker at launching apps than iOS 12.

As we can see from the video the Samsung Galaxy Note 10+ was faster than the iPhone 11 Pro Max overall in the tests. The handset does come with considerably more RAM than the iPhone so it is not surprising that it performs better in the speed tests.

Apple managed to optimize its software very well considering the handset only has 4GB of RAM, it would be interesting to see how the device performed if it had more RAM.