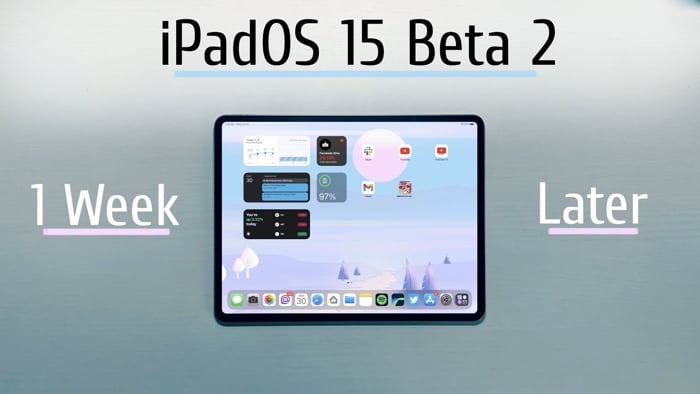 Now we get to have a look at the second beta of iPadOS 15 and some of its features in a video from Fernando Silva.

As we can see from the video there are a wide range of new features coming to the iPad with the release of the iPadOS 15 software update.

This version of iPadOS 15 includes some changes to FaceTime, there is the new SharePlay feature, the Apple Messages app is getting an overhaul, plus there are updates for Apple Maps, Weather and Safari and more.

Apple are expected to release iPadOS 15 and iOS 15 some time in September, the updates should land around the launch of the new iPhone 13 smartphones. As soon as we get some details on when the update will land you will let you know.

The iPadOS 15 Beta 2  is available for developers to test out and the first public beta of iPadOS 15 is available for public beta testers. We are expecting to see a number of betas for iOS 15 and iPadOS 15 before the final versions land, we may see the next beta some time next week as they appear to be on a two week release schedule.