I can’t really see myself holding up my iPad and trying to take pictures with the thing. For that reason, I wasn’t upset when Apple decided to not offer a camera on the iPad. There were many folks not happy about the omission though.

If you are one of the folks who really wanted a camera on your iPad, PhotoFast has a new one coming sometime later this year. The mockup you see in the pics here uses a Microsoft webcam and has a special cable that lets you connect it directly to the iPad. 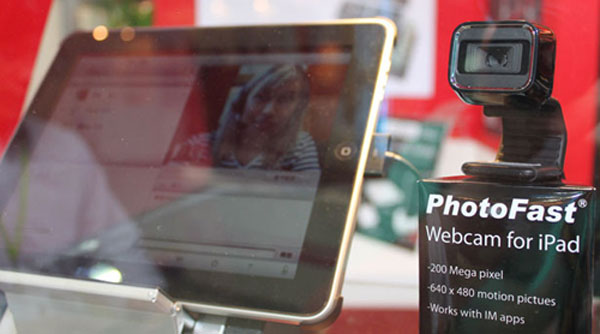 The resolution of the camera is 640 x 480 and it works with instant messenger apps and will let you take photos too. That is assuming you want to carry the camera around with you. The final product will apparently look nothing like the mockup you see here.