We have featured a few unique designs on Geeky Gadgets to carry iPad’s in clothing but this iPad T-Shirt allows you to use your iPad for advertising as you wear it, just like a billboard.

Simple start your advertising video running and slip your iPad into the chest pocket behind the transparent window. 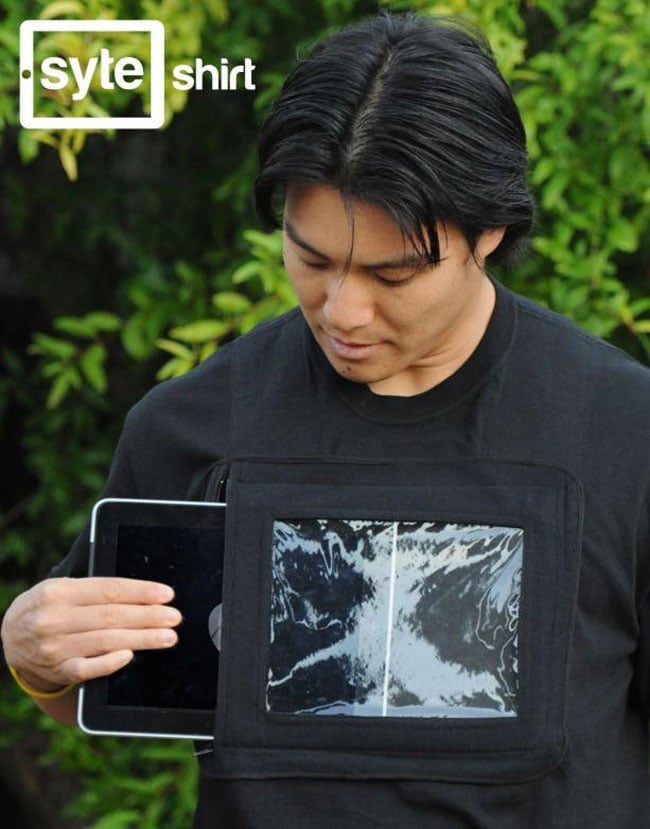 The transparent window still allows the iPad’s touch screen to work, so you can still use your favourite apps while on the move without having to remove the iPad from its pocket. There is also an internal support designed to distribute the weight of the iPad evenly to prevent the T-shirt distorting and add a little extra comfort for the wearer. 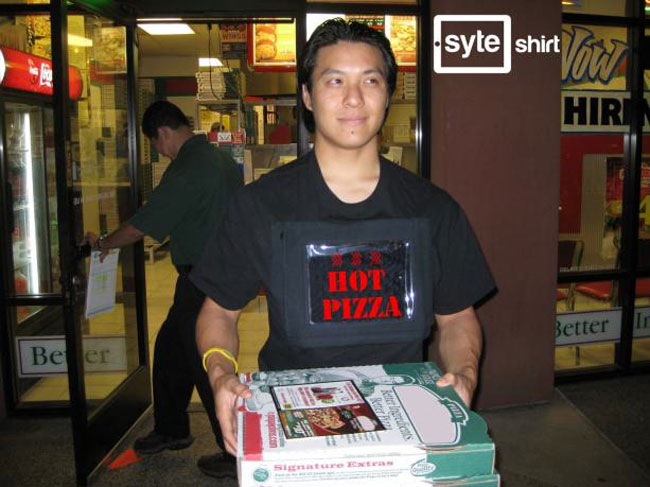 ** The Syte Shirt is also currently on display at the San Diego Comic-Con, July 21-25. On Jay Company Comics stand, found at booth #331.