The iPad Pocket Stand is a new Kickstarter project that incorporates an iPad speaker amplifier and a stand in one innovative little device. Designed by Michael Paek and Sam Chan.

Clip on the Pocket Stand and in less than a second, it makes doing anything on your iPad much, much easier and it also includes a the ability to amplify sound via a hidden acoustic cavity, providing an audio increase of around 7-10 decibels. Watch a video of the new iPad Pocket Stand in action after the jump. 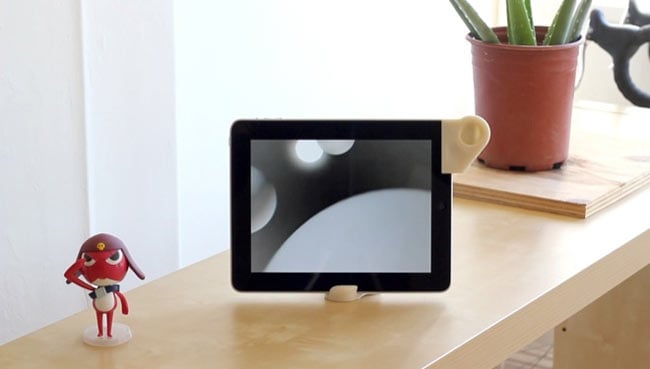 The iPad Pocket Stand has been under development for the past few months and the final design is now ready for production, but needs your help to get started. So if you are interested in helping this innovative design make the jump from concept to reality, jump over to the Kickstarter website to make a pledge.

Via Gadget Lab Via Kickstarter