Since Apple released the iOS 4.2 update users of the Apple camera connection kit have discovered that in some cases the iPad now does not provide enough power for camera’s or USB devices to be connected to the iPad.

Unfortunately this is apparently due to Apple reducing the amount of power supplied from the iPad’s 30 pin connector from 100mA down to 20mA. This reduction in power now means that many devices when connected to the port, pop up an error message stating that there’s not enough power available for the connection. 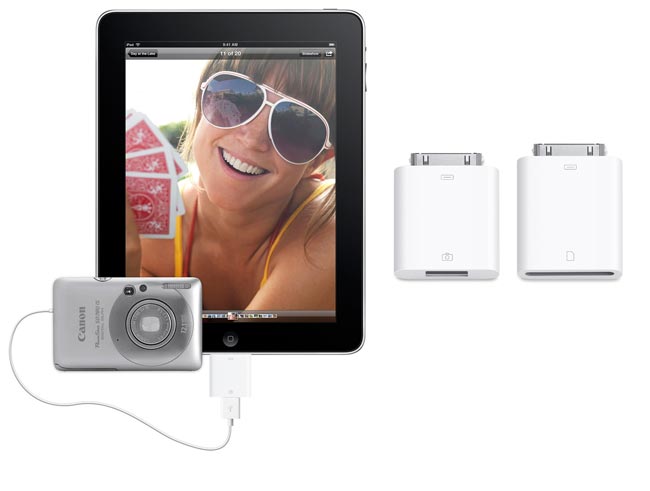 The problem not only affects cameras but also affects USB keyboards including Apple’s together with USB flash drives and USB microphones and other USB accessories.

The move to lower the power from the port goes against the whole point of the connection pack, thats supposed to allow you to connect your camera with ease to transfer photographs to your iPad.

Its not currently clear if the problem is a bug within the new 4.2 update or Apple has restricted the power output due to other battery hungry features such as multitasking.

But many users hope that a solution will be found soon. Perhaps being able to control the ports power from within the setting would be a good way to go. Giving users the choice over power or battery life, but at least being able to connect their cameras.

What are your thoughts have you experienced problems?