Back in April we featured an April fool’s iPad Arcade console. Well its no longer a joke, a fully working cardboard iPad arcade console has now been created by Hideyoshi Moriya. View it in action after the jump. 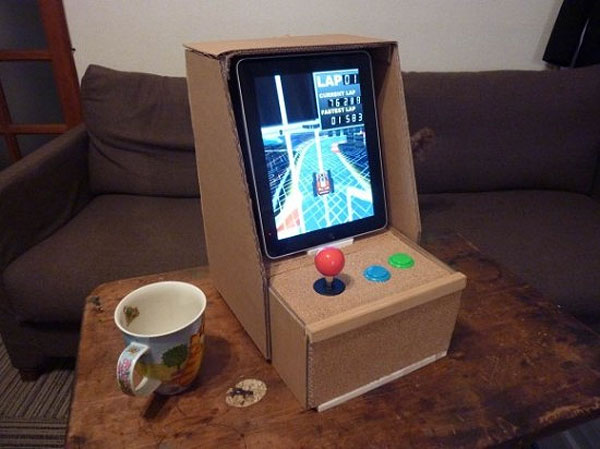 The arcade cabinet is constructed from cardboard complete with two arcade buttons and joystick. To collect a controller to the iPad an Arduino board is used that sits inside the cardboard cabinet. From the video the controllers seem to have a great response and can handle the iPad games with ease.

The cardboard iPad Arcade cabinet was created by Moriya for the MAKE Tokyo meeting.