Apple may unveil the new iPad 5 at their press event next week, and now we have a video comparing the casing of the iPad 5 vs iPad 4, which gives us an idea of how the tablets design has changed.

The video below compares the casing of an iPad 5 to an iPad 4, and as you can see from the video, the iPad 5 will feature a design which is similar to the iPad Mini with a smaller form factor. 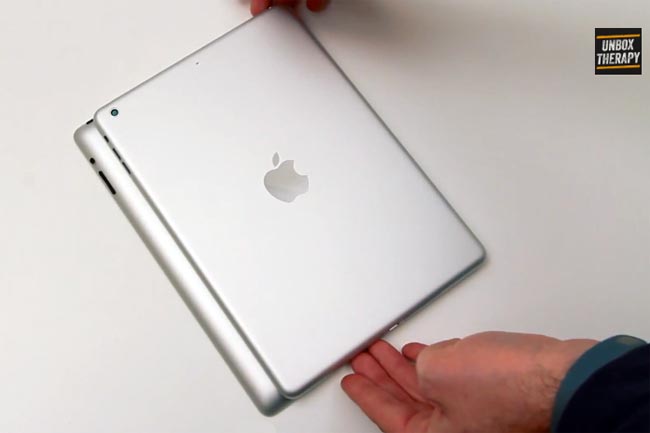 We are expecting thew new iPad 5 to come with a faster processor and more RAM than the existing iPad 4, as soon as we get some more details on Apple’s new iPad 5 we will let you guys know.