We have been hearing a number of rumors about the new iPad 2, one of those is that it will feature a slimmer display, and now the guys over at 9 To 5 Mac have obtained a photo of what they are reporting is the iPad 2 display. 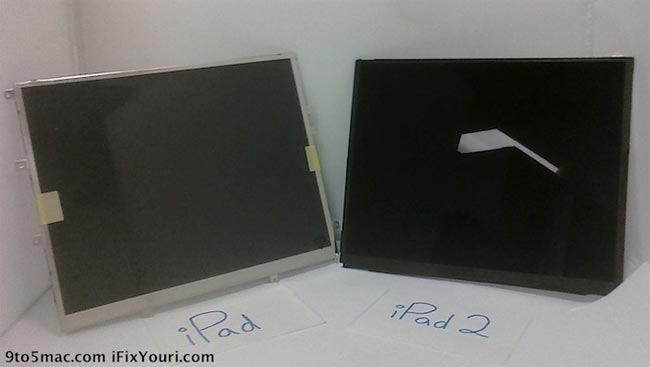 From the photos it looks to have a smaller frame surrounding  the display than the existing iPad, you can see lots more photos of the iPad 2 display over at 9 to 5 Mac.

From the looks of it we could possibly see a slimmer iPad when the iPad 2 is announced, although the first generation is pretty thin when compare to other tablets so we suspect it wont actually be that much thinner than the existing iPad.

Hopefully we wont have long to wait until the iPad 2 is officially announced by Apple, as we have heard that Apple may announce the iPad 2 on the 9th of February.

via iFixYouri and 9 To 5 Mac