It looks like Apple has already added the new iPad 2 to its UK Apple store, as you will see from the photo below, it shows a button with ‘select and iPad’ and the phrase buy online now.

Unfortunately it doesn’t look like you can actually buy an iPad 2 just yet, it is expected to go on sale on Apple’s online store at 1AM in the morning tomorrow, and you will also be able to buy one from Apple stores around the UK from 5PM tomorrow the 25th of March. 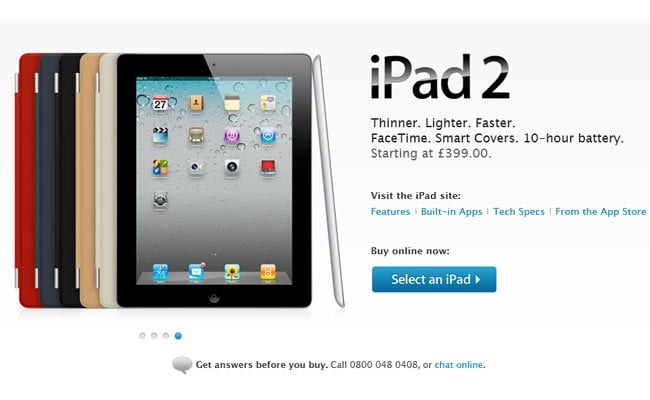