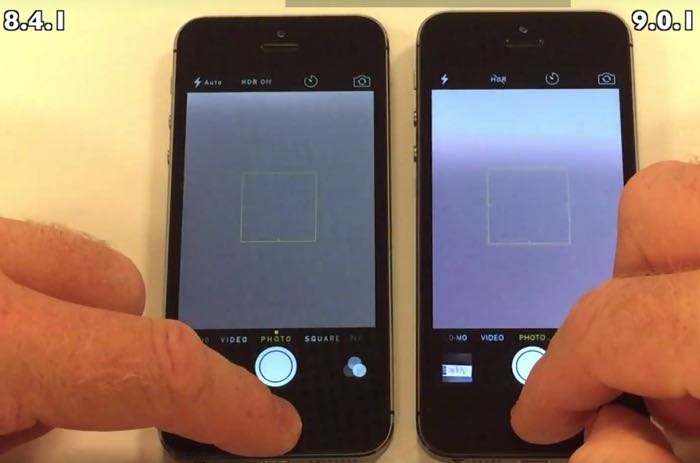 The guys from iAppleBytes have tested out iOS 9.0.1 on some of Apple’s older devices and have found out that the latest version of Apple’s software is slower on some devices.

First up is the iPhone 4S, in the video below we can see iOS 9.0.1 being tested next to iOS 8.4.1 and the difference in speed between the two devices in noticeable.

Next up is Apple iPhone 5 running the two versions of Apple’s mobile OS side by side, the latest version also appears to be slower that iOS 8.4.1 but not as slow as the iPhone 4S.

The final video shows the iPhone 5S running both versions of iOS, although the difference in speed between these two is marginal.

Whilst things like booting up and opening apps may be slightly slower on older devices when compared to running iOS 8.4.1, other things like WiFi and Internet browsing are apparently faster in iOS 9.