We have already heard quite a bit about the new iOS 4.2 which was recently released to developers, now the guys over at Apple Insider have found some new features in iOs 4.2 for the iPad, iPhone and ipod Touch.

iOS 4.2 will have  some interesting new features, which include enhancements to FaceTime, and YouTube as well as the features we have heard about previously. 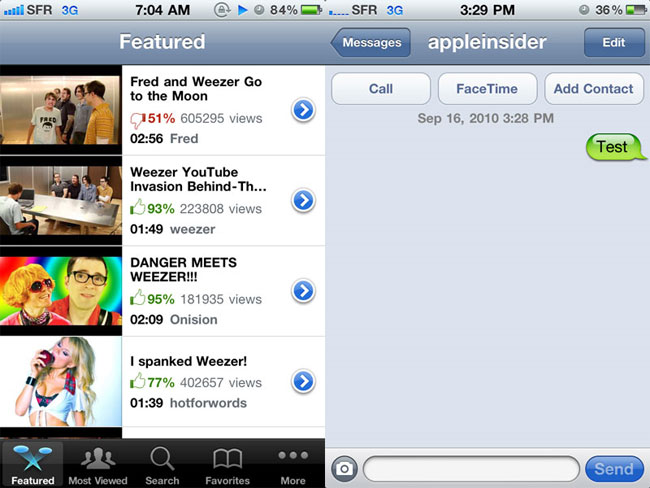 FaceTime is now included in the text messaging app, and when you are in a text message to a friend, as well as being able to call them as before you will now also be able to make a FaceTime call to them.