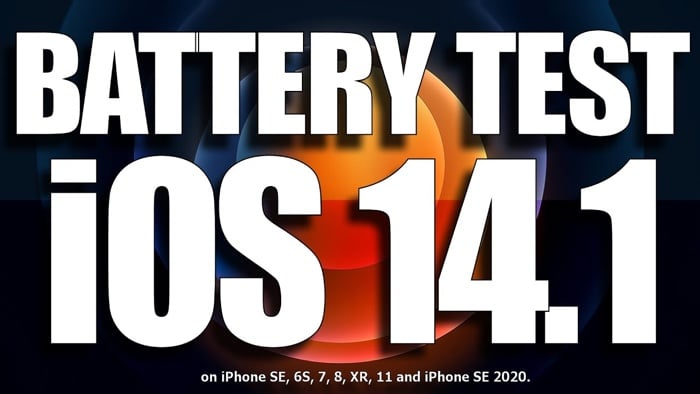 Apple is expected to release their iOS 14.1 software update this week along with their new iPhones, they recently released iOS 14 GM to developers.

The GM or Gold Master is usually the same software as the final one that is expected to land this week and now we get to see what battery life is like in this software.

The video below from iAppleBytes gives us a look at the battery life on iOS 14.1,the tests are run on the original iPhone SE, iPhone 6S, iPhone 7, iPhone 8, iPhone XR and the 2020 iPhone SE.

As we can see from the video there were no major battery life improvements with the new iOS 14.1 software over the previous version.

We are expecting the new iOS 14.1 software to be releases some time this week, probably on Thursday or maybe Friday when the new iPhone 12 and iPhone 12 Pro launch.