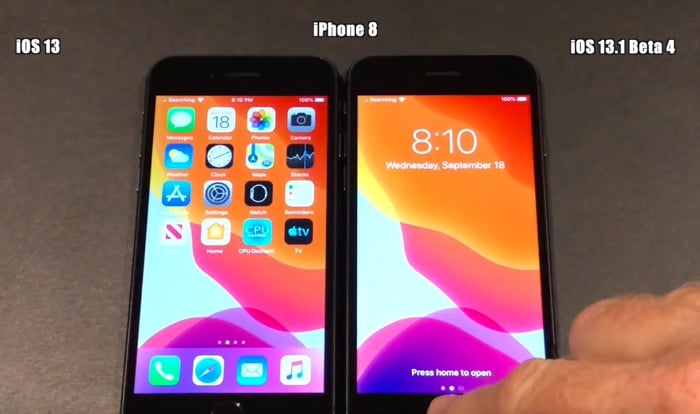 iOS 13.1 will bring some bug fixes and performance improvements to the iPhone as well as a couple of features, lets also find out if there will be any speed improvements.

In the video below from iAppleBytes the new iOS 13.1 beat 4 is run side by side with the new iOS 13 software on the iPhone iPhone 6S, iPhone 7 and iPhone 8.

As we can see from the video the iPhone 6S running the new beta of iOS 13.1 booted up slightly faster, there do not appear to be any major speed improvements in the apps.

The iPhone 7 running the new beat of iOS 13.1 booted up slightly faster, there were no major speed improvements in the apps.

The iPhone 8 handset running the iOS 13 software booted up slightly quicker, there were no major changes with the apps.

Apple will release their new iOS 13 software later today and the new iOS 13.1 software will be released on the 30th of September.