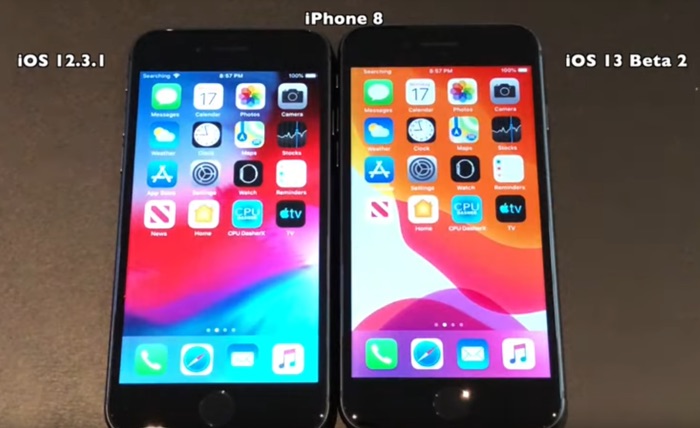 Apple has now released their second beta of iOS 13, this comes two weeks after the first and now we have an iOS 13 beta 2 speed test video.

As we can see from the video the new beta of iOS 13 is run side by side with iOS 12.3.1 which is the current release.

On the iPhone 7 the current version of iOS booted up slightly faster than the new beta, there do not appear to be any improvements in the apps.

The iPhone 7 running the current release of iOS also booted up quicker than the handset running the iOS 13 beta 2, there are also no speed improvements in the apps.

In the last part of the video the iPhone 8 running the new beta booted up slightly faster, there are also no major speed improvements in the apps. As these are early betas we are not expecting to see any speed improvements until we get closer to the final version. Apple is expected to release their iOS 13 software in September.