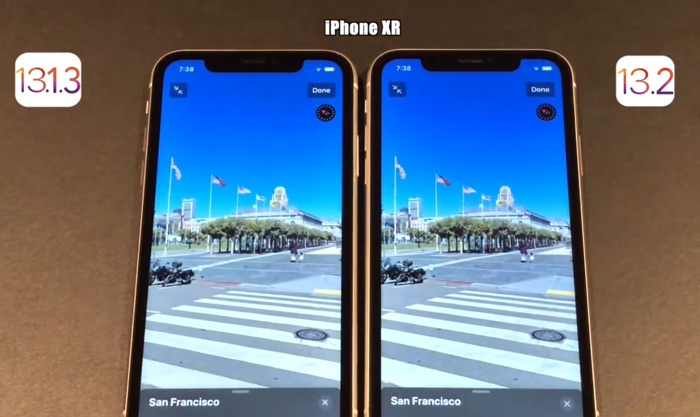 As we can see from the video the iPhone 6S running the new iOS 13.2 software booted up quicker than the device running the previous iOS 13.1.3. software. There are no major speed improvements in the  various apps.

In the test with the iPhone 7 the handset running the new iOS 13.2 software booted up first, there do not appear to be any improvements in the app speed.

As we can see in the video the iPhone 8 running the new iOS 13.2 booted up slightly faster, there are no improvements in app speed.

In the final test with the iPhone XR the handset running the iOS 13.2 software booted up a split second faster than the device running the older version of iOS. There were no improvements in app speed.

It looks like the iOS 13.2 software does bring some minor improvements to the boot up speed on the iPhone. The latest version of the software is available as an over the air update for the iPhone and iPad, you can install it by going to Settings > General > Software update.