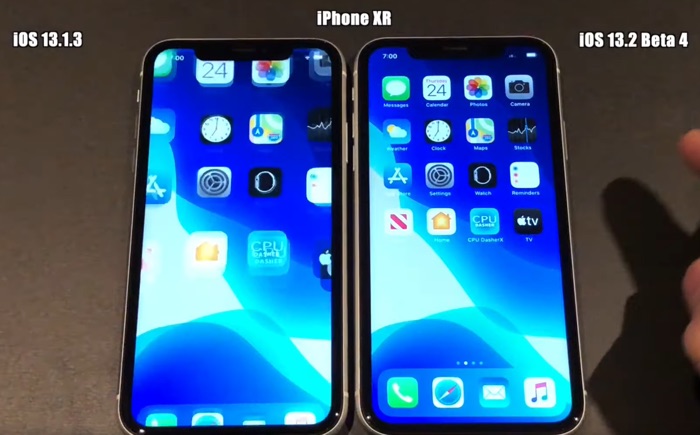 As we can see from the video the iPhone 6S running the the new beta booted up faster than the current version of iOS, there were no major speed improvements in the apps.

In the test with the iPhone 7 the handset running the current iOS 13.1.3 software booted up a split second faster than the new beta, there were no speed improvements in the apps.

The iPhone 8 running the new iOS 13.2 beta 4 booted up faster than the handset with the iOS 13.1.3 software. There were no major speed improvements in the various apps.

Apple is expected to release their new iOS 13.2 software soon, we had previously thought it would land in November but there may be a chance that it will land next week, as soon as we get more details we will let you guys know.