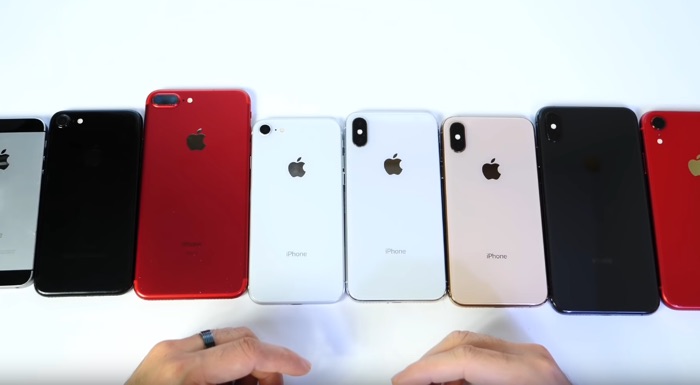 Apple recently released their iOS 13.2.3 software update and now we have a new battery life test video featuring almost all of the iPhones that the OS supports. The ones missing from the list are the iPhone 8 and iPhone 11 Plus.

These two handsets have been left out of the test as there apparently have not been any battery issues with iOS 13.  We get to see how the battery life is on the most recent released of Apple’s mobile OS on the rest of the handsets.

As we can see from the video the iPhone XR lasted the longest out of all the tests which is surprising as you would expect the iPhone XS Max to last the longest.

Apple are expected to release a new software update this month, iOS 13.3 which is currently in beta is due to be released some time soon. It will be interesting to see if there are any battery life improvements with this release.