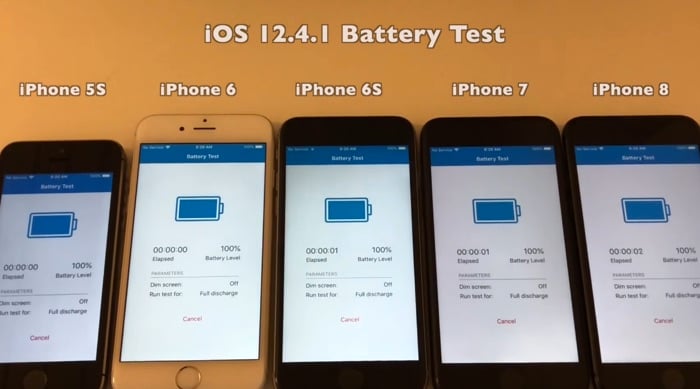 Apple recently released their new iOS 12.4.1 software update, the update was released to fix a security vulnerability that was discovered in iOS 12.4.

We we have a battery life test video from iAppleBytes of the new iOS 12.4.1 software, lets see if there are any improvements in this update. The tests are run on the iPhone 5S, iPhone 6, iPhone 6S, iPhone 7 and iPhone 8.

The iPhone 6S did not see any improved battery in the new iOS software, the iPhone 8 and iPhone 9 both saw small battery life improvements over iOS 12.4.

If you haven’t upgraded to the new iOS 12.4.1 software it is recommended that you upgrade to it because of the security issue in the previous software.