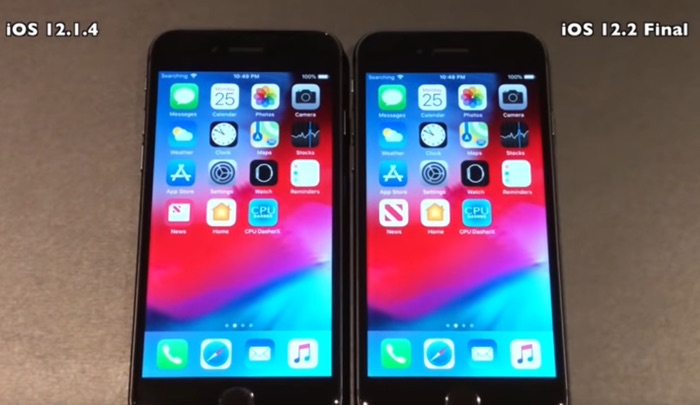 In the videos below we get to see the new iOS 12.2 software run side by side with iOS 12.14 on a range of devices, these include the iPhone 5S, iPhone 6, iPhone 6S, iPhone 7 and iPhone 8, will there be any speed improvements? First up is the iPhone 5S.