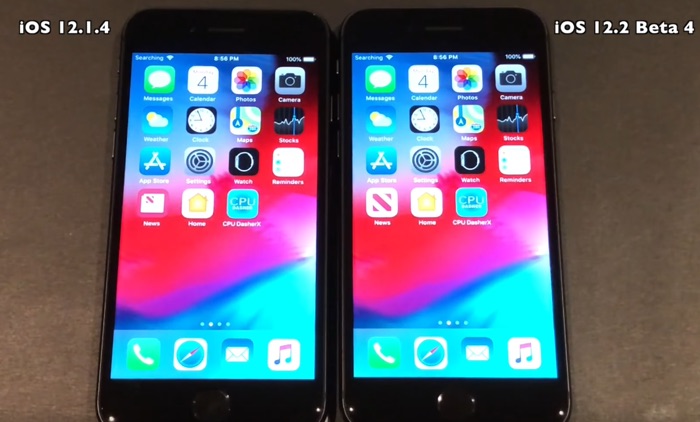 In the videos below we get to see the two versions of iOS run side by side on the iPhone 5S, iPhone 6, iPhone 7 and iPhone 8, lets see if there are any major speed improvements in the new videos.

We are expecting Apple to release their new iOS 12.2 software some time before the end of March, as soon as we get some more details we will let you guys know.