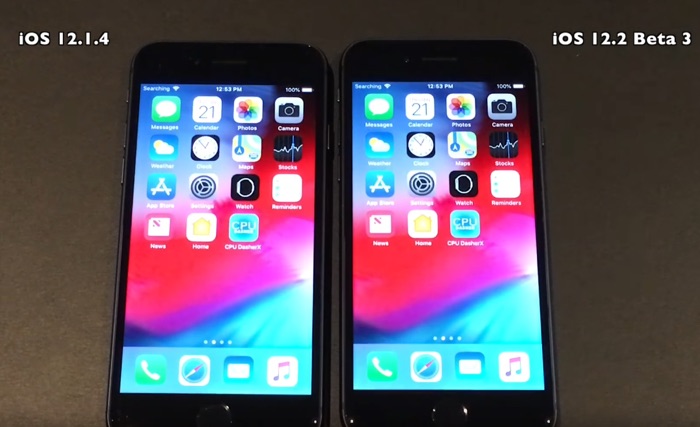 In the latest speed test videos that we saw there were no major speed improvements, in these new videos the current release of iOS is tested against the latest beta.