Anyone looking for an experience somewhere between the Guitar Hero game and full musical instrument. Might be interested in the new Ion Audio Guitar Apprentice, which has been showcased at this weeks CES exhibition in Las Vegas.

The Ion Audio Guitar Apprentice is a full-scale, electric-guitar-style controller that transforms an iPad into a guitar-learning experience. Which can be played anywhere as it requires no leads or external connections. Watch the video after the jump to see it in action. 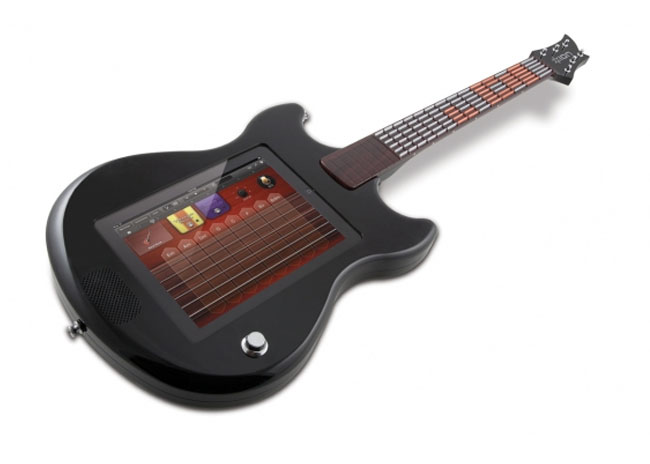 The Guitar Apprentice is equipped with a 14 fretboard-fret buttons, and strings can be strummed together or plucked individually, enabling you to play thousands of songs.

Unfortunately no information on pricing or worldwide availability has been released as yet, but its thought that when launched later this year the Ion Audio Guitar Apprentice will be priced around $100.