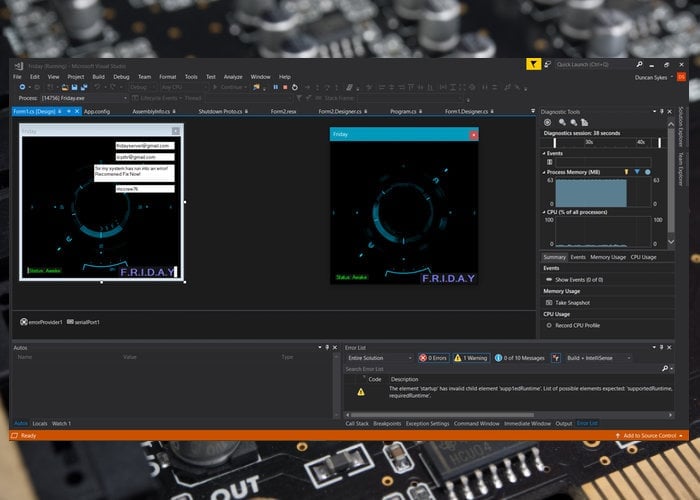 Equinox Technologies and young developer Duncan Sykes have created a new operating system built specifically for Internet of Things applications and home automation. The FRIDAY operating system is currently under development and has been designed to be capable of running on practically anything and is equipped with a special connection service to connect to almost any IoT and automation devices. Once the introductory video below to learn more about the FRIDAY OS and its features.

“This is the future. Is it not? We have devices we can use to control our houses, cars, augmented reality, and virtual reality. Just to name a few. What we, at Equinox Tech, believe is that connectivity is the future of all this technology. So yeah, you have your Google Home or your Apple Homepod, but what is the one thing they both fail to do? You can’t graphically interact with them like you would on Windows, or any other operating system. Connecting to open source hardware is complicated, and not every man and his dog can do it. And they are generally pretty expensive.”

FRIDAY has this week launched via Kickstarter with the aim of raising the required funds to take the project to the next level. Jump over to the official crowdfunding campaign page by following the link below.