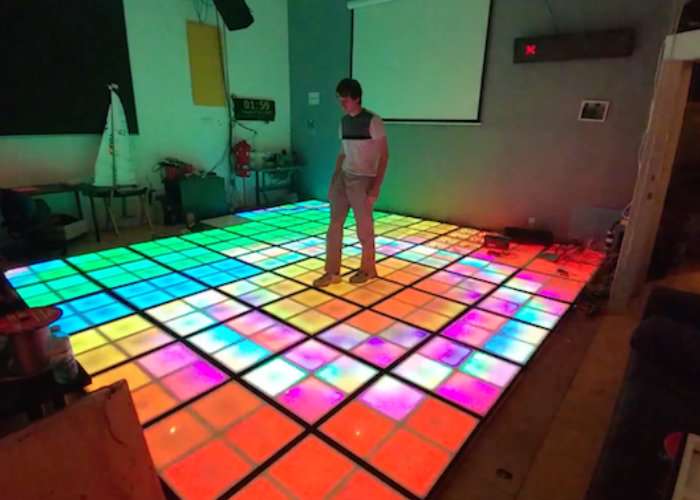 Disco divas but also like building projects using the Arduino platform are sure to enjoy this interactive LED flooring which is being created and powered by an Arduino Mega development Board.

The LED flooring takes the form of a LEDs,17-square-foot interactive dance floor that consists of 64 panels with four lighting cells in each. Combining to provide a total of256 lighting arrays and 7,680 RGBs arranged as 2,560 addressable pixels.

Watch the demonstration video below to see the interactive LED flooring in action as well as the construction process involved including a round of multi-player Dance Dance Revolution. The Giant LED Dance Floor, built for Furnal Equinox 2017 over the course of 11 months.

For more information on the LED flooring project jump over to the AvBrand website via the link below.