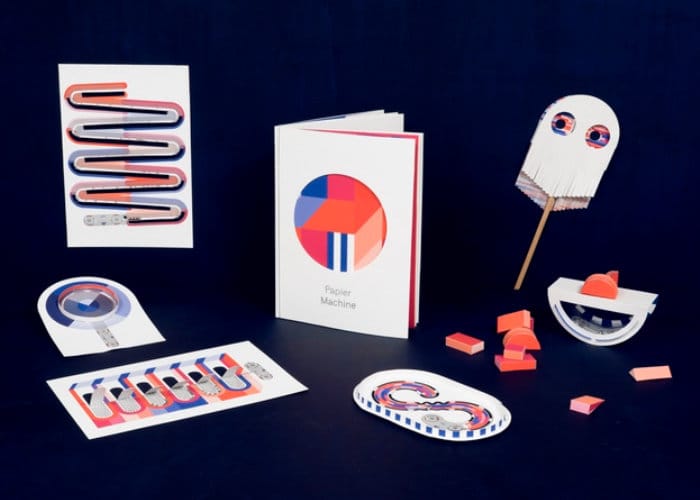 Since its inception Papier Machine has one a number of awards for its interactive book including Best Printed Electronics Vision 2016 as well as the prestigious reddot design award – best of the best 2016 and the Audi talents awards to name a few. If all goes well and the project meets its required pledge goal, worldwide shipping is expected to take place during July 2018.

The six projects within the book provide easy to follow projects explaining more about resistance, gyroscopes, gravity and tracking, wind sensors, centrifugal forces and tilt switches. Each project comes with its own user manual and can be constructed using everything supplied within the book. Simply cut it, fold it, assemble it and colour it to build the projects the whole family will enjoy, say its creators. For more information and to make a pledge jump over to the official Kickstarter campaign page by following the link below.